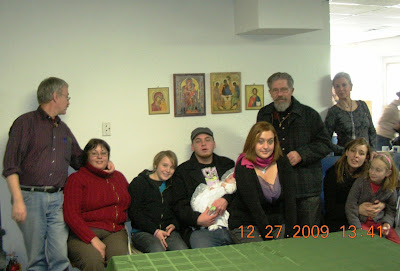 One of the delights of coming to St. Dimitri parish is meeting people such as Jean-Pierre Julien and his family. Although they live in France, Jean-Pierre considers St. Dimitri his home parish where he was Chrismated. He works off and on at Los Alamos National Laboratory as visiting professor of physics from the National Center for Scientific Research in Grenoble, France.