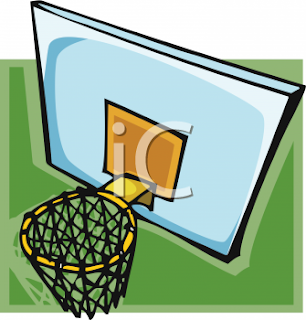 On Tuesday morning (October 20) I dreamed of being at and on a basketball court with my wife Birgitta, two Mormon participants (RTP and wife M) and other unidentified players. The dream came in response to my prayer request the previous evening for clarity regarding a renewed dialogue with RTP, a former Mormon stake president (like an Orthodox diocese bishop).

What are three fundamental life issues that you are dealing with now in your life?
1. Being authentic and creative;
2. Reconciling conflicts with family, friends and adversaries;
3. Including, integrating and transcending various religious traditions.

Tell me a dream or experience you remember...
Tuesday, October 20, 2009 0100.
With Birgitta, Russell Pack, his wife (does not look like Marion) and others in a basketball court inside a school-like building. Russ officiates a game in which Birgitta and his wife are players. I am an observer. At one point (either after or during the game) Russ talks to Birgitta alone in a windowed room next to the court. He appears to be interviewing or counseling her. When I come into the room she is crying and as I become more aware of the situation I declare, "The truth has been spoken here!"

Later, Birgitta, Russ’s wife and I are in the windowed room without Russ. His wife comments that Russ is not particularly good looking but has other admirable traits.
[CREEI score: ??+++?//+++/++? Anticipatory-Motivational]

Why do you think that you had this dream?
It is a clear response to my prayer request for clarity regarding my renewed dialogue with former local LDS stake president RTP.

If it were playing at a theater, what name would be on the marquee?
The Inner Game of Basketball

If one character had something especially important to tell you, which would it be?
Basketball Court (to begin with)

Character, would you please tell me what you look like and what you are doing?
I am a standard size basketball court that would be found in any American high school or American LDS ward or stake house. In addition, however, I have a non-standard windowed room adjacent to one of my walls that allows anyone on the court to see inside that room.

Character, what do you like most about yourself in this experience? What are your strengths?
I am well built and functional. I am here to serve a purpose in helping Eugene navigate his ecclesiastical, spiritual and religious life.

Character, what do you dislike most about yourself? Do you have weaknesses? What?
Nothing to dislike.

Character, if you could change this dream in any way you wanted, would you?
No.

Character, if this dream were to continue, what would happen next?
A frank, honest and BELOVING dialogue would ensue between Eugene and Russell and their respective wives, such that they would get to know, love and help each other.

Character, if you could be anywhere you wanted to be and take any form you desired, would you change? If so, how?
This is a good place to begin again. I have appeared in two other dreams in Eugene's past. The first was in the third scene of the first set of dreams that Eugene had on the night of 11-12 November 1964, after having read Hugh Lyn Casey's book Venture Inward, which described various techniques for recalling dreams. [Click on journal page below.] 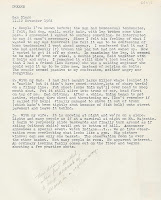 In that dream Eugene was with his first wife Betty in an observation room overlooking the basketball court, but with only one basket in view. An announcer voices a special event to watch Indians. Not many people in the place. No apparent interest. An ordinary looking family comes out on the floor and begins shooting a few practice shots. Eugene did not then know how to interview or make sense of his dreams. It is significant that only yesterday on PBS he saw a program featuring a well-known Native American poet, Sherman Alexie, who revealed that basketball is the game of choice of his people!

In the second dream containing me as basketball court, which occurred in the first of three scenes on the night Eugene was first excommunicated from the Mormon Church on April 2, 1966, Eugene was met on the floor by an older man who had been waiting a long time for him. After commenting how ready Eugene seemed to be on his life path, the man led Eugene on an increasingly tightening spiral path on the floor, apparently following some pre-set, but invisible pattern, which segued into delivering Eugene to a room full of Mormon ecclesiastics in temple robes. How that dream ended was distressing to Eugene and he did not at the time know what to make of it. He would learn soon enough that he was being prepared for a tough, solitary job.

Character, you are in Eugene’s dream, correct? He created you, right?
Yes, I am in his dream. But, no, he did not create me. I have been sent to give him perspective on the task that he has been assigned from long ago. I am a puzzle to him yet, but the puzzle is gradually clarifying. He has not yet been allowed to know more than mere hints about his work, which he is obliged to work out as best he can in his imagination and in response to edges and obstacles that have been put in his path to teach him maturity. Russell Pack is one of these obstacles.

Character, what aspect of Eugene do you represent or most closely personify?
A place to work out his spiritual assignment, which now involves his wife and a solid LDS ecclesiastical representative.

Character, how would you score yourself 0-10, in confidence, compassion, wisdom, acceptance, peace of mind, and witnessing?
Ten in all categories.

Character, how would Eugene’s life be different if he naturally scored high in all six of these qualities all the time?
He would confidently and clearly fulfill his spiritual work.

If you could live Eugene’s waking life for him, how would you live it differently?
Not for me to say. He is growing into his preordained work.

If you could live Eugene’s waking life for him today, would you handle his three life issues differently? If so, how?
I would not handle them differently. Much of what he decides in dealing with his above-stated life issues is in response to the decisions of others in community settings.

Character, what three life issues would you focus on if you were in charge of his life?
It is not for me to choose different issues.

In what life situations would it be most beneficial for Eugene to imagine that he is you and act as you would?
He could provide a more solid base for building community.

Character, why do you think that you are in this dream?
To remind Eugene that I have been with him from the beginning of his inner search for meaning.

Eugene, what have you heard yourself say?
There is a bigger frame of reference within me that has been available for community support than I have been aware of before now.

If this experience were a wake-up call from your soul, what do you think it would be saying to you?
This is a time to integrate my life experiences and become balanced. My old poem Rainmaker now comes to mind.

I’m nervous as I sit in front
the third chair from the isle.
The man who sits before me
now speaks but doesn’t smile.

“What is your journey here, sir,
before you are retired,
and make no joke about it
the word is more like fired!"

Startled I woke that New Year’s day
as the dream began to fade,
and three days later on the job
my back just up and gave!

Down flat in bed my body lay
retired by the pain
while outside great clouds gathered
and then began the rain.

As outer ragged darkness
sent torrents raging down
I dimly came to be aware
the Master was in town.

His inner light began to glow
in a school room way down deep
to show me what I’d failed to learn
long formal years asleep.

He came now as a rainmaker
from regions far away
where Nature’s master rhythm
is balanced night and day.

He took confusion on himself
influenced from without
and as the inner struggle grew
began to sort it out.

A rainmaker comes for inner work
chaotic states to feel
and restoring balance in himself
new harmony forms congeal.

"This is now my journey, Sir,”
I say back in the dream,
“to seek that place where rainmakers
can learn the craft they bring.

“I know it isn’t far beyond
for I can see the way;
the longer are the strides I take
the sooner arrival day.

“Even detours to the right or left
are harder now to take
as my journey speed increases
it’s less effort moving straight.

“So that is where I’m going now,
I hope you understand.
If not, that’s all right too, Sir,
but I’m moving to new land.

“I’ll return a later time then
when I’ve better learned my craft,
and if you’re here and still in need,
my work will make you laugh.

“If it isn’t fun to work here
anxiously building your careers,
why work to frantic sweat and toil
if you’re always in arrears?

“Send for yourselves a rainmaker
I know there’s one around
who’ll better help than I can give
when invited to your ground.”

A rainmaker comes for inner work
chaotic states to feel
and restoring balance in himself
new harmony forms congeal.