Vision of the Book of Isaiah, JSV 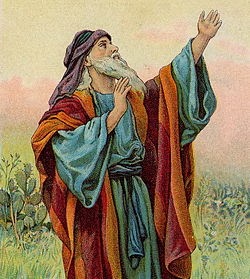 After returning home to San Diego from the mountain near Tioga Pass a few days earlier, I felt the warm confidence of close fellowship with God. Feeling that nothing I asked would be denied, I knelt in prayer to ask understanding about an issue that had long troubled me and about which I'd done much studying, but could not find explanation that made sense. With all the sincerity I could muster and fully expecting a straight answer, I asked: "What is it that lies behind the Church policy on the Negro?"

Still in the glow of the mountain and allowing myself to follow subtle promptings, I went to my study's bookcase and took out Joseph Smith's Inspired Version of the Bible. I opened it randomly, without thinking. It opened to Isaiah 56 and I began to casually scan the two open pages. Two words caught my attention: "eunuch" and "alien". Still without thinking, I turned to the beginning of Isaiah. Thereupon the book opened to me as in a vision--video like!  As I  turned the pages the vision followed and the words made simple sense. I had forgotten that in reading Isaiah in earlier times, it was a difficult text to understand. Now it was as if I could have written them myself and, with pen in hand when I saw words that did not seem correct, I had no compunction to change them and write additional comments in the margins. As I slowly turned page after page I watched the panorama keep pace and continued making corrections. This took time and by the time I got to chapters 12 or 13, I became tired and impatient, so I laid the pen down and began turning the pages faster and faster as the panorama continued to keep pace.

By the time I got to the end of the book, my mind was blown and I went to bed stupefied, never imagining what was about to take place later that night.
Posted by Eugene at 07:24