June 14, 1965
I did not yet appreciate the gay dilemma that was Howard's reality, but as a beloving relationship rapidly developed between us, he sent excerpts from philosophers close to his heart. He was trying to tell me something about the pain of being gay, which would take me decades to comprehend. Below is a treasured letter from Howard containing a significant quote from Sartre about the Jewish experience under the Nazis as it applied the Mormon Gay experience that Howard was living. Within a year following it would be my own experience and the beginning of a new level of forced awareness. 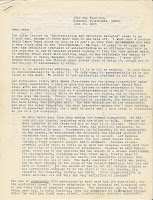 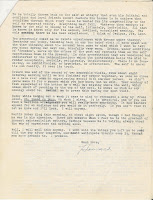