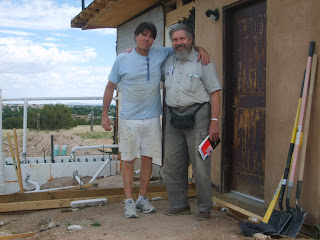 I would never have supposed Fathers Day would turn out so great! Son Jim called me the day before from Santa Fe to ask what I was doing that day, since I am batching it while wife Birgitta is with her family in Sweden for the summer solstice. I thought Jim intended to come up here to Los Alamos, but when I learned the opposite, I begged off with some lame excuse about housework. He did not argue, but signed off with a simple, but clearly disappointed, "OK".

Afterwards I felt awful. It didn't take long to realize I'd let my lazy ego take over, so I called back an hour later, having changed my mind. We agreed to meet at his place after I attended Liturgy at St. Dimitri's.

I was not sure what to plan for, but then realized this would be a great time to address his most important issue. This he had disclosed a few days earlier in a dream he had sent the family, which included his deceased brother Ivan. Clearly an unresolved emotional issue since Ivan's death in 1996. It turned out to be a perfect opportunity to apply the Creative Deep Listening interview process to his dream. I'll not mention details here, but something transformative took place during the interview. We began to discuss the CDL process at a local specialty cafe that he had wanted to try. I think my friend Mac Freeman would say that we had visited The Church of the Holy Restaurant! 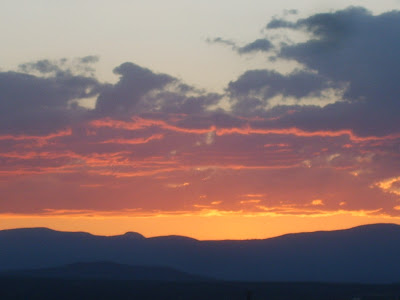