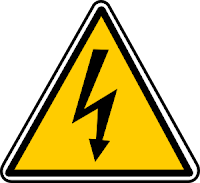 A week or two after Dad's death, a distressing idea hit me while I was in my laboratory at General Atomic in La Jolla, California. It felt almost like a physical blow to the head and I thought I had become deranged. It had nothing to do with my professional assignment as a nuclear materials research scientist. The only thing I could connect it to was experiences I had had during my clandestine military service in Berlin 8 years earlier.

I did not know whom to talk to without being viewed with suspicion. The only person I decided to confide in was my brother Virgil, then an OSI [Office of Special Investigation] officer for the US Air Force. We met in the Los Angeles Mormon temple, that being a place I felt was spiritually safe. As I disclosed my idea, I again felt the foreboding I had first felt in my laboratory.

Virgil decided to seek the counsel of an old Mormon friend of ours, now a colonel in the US Air Force, who had been our scoutmaster when we were Boy Scouts in Phoenix. The colonel advised Virgil "Don't let your brother feel absurd about this idea. See if he can get hard information." With that encouragement I did a literature search.

What I discovered was information vastly different from the hard science I had been trained in. The subject was so bizarre that I was confused what to take seriously. However, one name kept coming up that had the respect of the international science community. It was Professor J.B. Rhine of Duke University, who was considered the father of parapsychology. I wrote him and was invited to visit.

Rhine and I met in late November 1964 after I presented a scientific paper at an international Materials Science conference in nearby Raleigh, North Carolina. My first question after telling him my idea was, "Am I crazy?"

He surprised me with "Not only is your idea not crazy, but it is urgent." He then showed me his private library full of relevant books and papers. He pulled one book off his shelves and gave it to me. It was "Experiments in Mental Suggestion" by Soviet physiologist L. L. Vasiliev. Rhine then handed me the phone and said, "It's clear you have a calling. Here's the phone; call your wife to tell her you are joining me in my new Foundation for Research on the Nature of Man."

I was overwhelmed, unable to make such a major unexpected decision on the spot and asked for time. Rhine asked me to stay over to attend a staff meeting the next day to which I agreed. [See my first poem Pilgrim and first comment on my blog "Early Poems 1964-5" for the rest of this story.]
Posted by Eugene at 05:00