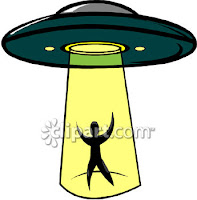 Mother came unannounced to see me at about noon on Saturday, August 14, 1965 at my home in San Diego. She came from her home in Corona del Mar, an hour's drive north on the California coast, having worried about changes that had begun to happen to her son over the last several months.

Earlier that same morning I awoke from a dream image that seemed to fit the three criteria I'd set for imagining the experiment that would resolve the conflict I was having between heart and head for my new passion for the reality of flying saucers. The criteria were that the experiment be simple, direct and experiential. I'd felt powerfully moved and influenced by Adamski's story, but unable to rationalize it from the perspective of my professional physical science training. This dream image actually embarrassed me because it seemed too simple and I couldn't take it seriously. I began to wonder if I'd wasted months on a fool's errand.

That said, something else had happened just the previous afternoon. [See previous post for 13 August.] I had fallen in love with a woman for the first time in my life and felt the enormous energy that accompanies such an experience.

Mother's unexpected appearance added a further complication. So, oblivious to misgivings she might have, I decide to introduce her to Kaye, who was waiting for me with her baby on San Diego's Pacific Beach. Anyone in love will recognize the sense of abandon and freedom one feels in such a state. Undaunted by her presence, it did not occur to me that Mother might find this introduction strange or inappropriate!

On our way back from the beach a few miles inland while driving my late father's VW camper with my mother in the passenger seat, I saw a fleet of craft that took my breath away. After the few moments it took to register what I was seeing I carefully asked Mother to look in the direction I was pointing until she saw what I was pointing to.

When she looked I heard her gasp "Good Grief!"

Pressing her for more specific acknowledgment, I asked: "Are you sure you know what you are seeing?"

"Are you sure it isn't something like weather balloons or swamp gas or strange cloud formations?"

"Of course not!" she snapped.

"Is there any way you can conceive that you could rationalize your way out of what you are seening years from now?"

"I don't see how," was her last quiet response.

"Thank God I've got a witness!" I whispered to myself. "And a hostile one at that," I thought without speaking.

Mother was now silent and stayed that way all the way back to my home and I was left with the strongest feeling that this sighting AND the dream image of the morning were connected and I'd better not forget it.

From today's perspective after more than 44 years, even though this sighting put my subsequent life into upheaval, which will be amply demonstrated in subsequent blog posts, the "Experiment" is still alive! See here.

The original dream image described above eventually morphed into two directions. In his 2000 book Quantum Mind, Dr. Arnold Mindell gives language to explain these directions in terms of CR [consensus reality] and NCR [non-consensus reality]. CR is the language of classical physics; NCR is the language of modern psychology. Mindell has managed to integrate these two diametrically opposed disciplines in terms understandable by scientists, psychologists, students and lay people.

Another development from the above sighting has been a recent denial by my son Michael of his grandmother's account of that event. This surprised me greatly and we have yet to discuss it, but when I learned about it from his younger sibling John, I called all his older siblings who were alive at the time of the sighting, albeit young children [Katya, Nick, Jim and Steve] to confirm whether or not they had ever discussed this event with their grandmother. (Michael was born a year and a half after this event from a different mother). In each case these older siblings independently confirmed that they individually had asked her about the experience at different times and in all cases their report was the same: Mother never denied seeing such a fleet of UFOs in my company on that date, even though their recollection of her description was slightly different.

It occurs to me here to mention that only once before do I remember having a sense of certainty about an insight. That occurred during the first quarter in graduate school at the University of Utah sometime between the months of September and November 1960. It took almost three years to develop the experimental methodology and mathematical skills required to express this insight in a language others would understand. [See my 1964 University of Utah doctoral dissertation: "Origin and Growth Kinetics of Calcite Decomposition Nuclei"] Had not that experience been so clearly successful, but uncertain until the very end, I doubt I would have had the confidence and tenacity to stick with this insight regarding the morning dream and the afternoon sighting to this day.

God alone knows what is yet in store!
Posted by Eugene at 08:14