Nineveh Revisited
When pressed for proof in Galilee
He spoke of Jonah’s journey.
Amidst the ruins of Zarahemla,
He cited a Lamanite’s cry.
What will He say of Ventura?
Ventura
23 Jun 91
Commentary, Nineveh Revisited
In 1991 I was newly divorced and living alone in Ventura. As an avocation I was continuing to develop a practical Dreamwork process that I had originally developed and successfully applied to a morale problem at the Brunswick Corporation in Costa Mesa, while serving as an engineering manager. In Ventura I developed new friends who took a strong interest in the process and who wanted to help me bring it into wider practical use in the market place. We established The CREEI Institute as a part of The Center for Leadership Development, of which I was a long time member of the board of directors. One of my new partners was an active Mormon and an enthusiastic supporter of the CREEI Process. In fact he wanted to co-author the book about it. He also owned a business that specialized in bringing innovative ideas to market.
In order to grow The CREEI Institute, we had to have a local track record, so we offered a pilot seminar for local folks. One of the members of the first seminar was another LDS man, whom I had known years before in Long Beach, and who was also a member of the Ventura Stake High Council. He and his wife both became members of the pilot seminar. During the six weeks of the seminar most participants had a variety of experiences that convinced them of its value. This man and his wife had different, but meaningful experiences. This particular man, the late Frank Davis, came to the seminar with a personal, private conflict with the Ventura Stake President, which he would share with me on occasion, but only generalities. The seminar taught him to manage his personal struggle in creative ways, and he began to put his struggles into poetry as a powerful, meaningful release of his frustrations. “Nineveh Revisited” emerged while reflecting on his struggles, as well as my own.
After initially running away and then suffering experiences that put him back on track, a reluctant prophet Jonah carried out his God given assignment to call Nineveh to repentance. He was surprised (and even disappointed!) when the city took to heart his message and changed its ways. Twice in the New Testament, Jesus refers to Jonah’s experience as foreshadowing his own ministry. On the other hand, the great Nephite city Zarahemla did not heed a similar call by the Lamanite prophet Samuel and thus suffered dire consequences. Jesus reminds its survivors of the causes of their devastation during his appearance after his resurrection and chides them for not having heeded Samuel’s warning.
Posted by Eugene at 11:37 No comments: 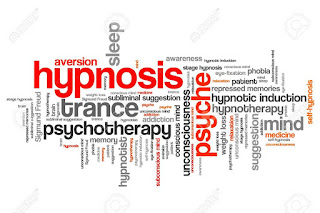 It began at the TREAT III conference in Kansas City, Missouri. I was invited to present my CREEI Process to the closed conference by founder, psychiatrist Dr. Rima Laibow...