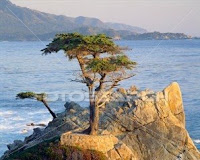 In early January 1965, Duke Professor J.B. Rhine and I met in Carmel, California to plan strategy for moving to his new Foundation. As we walked along the beach, Rhine casually commented, "Eugene, your idea has reached the stage where the Manhattan Project was in its early days."

His comment stunned me, as it was meant to. Rhine chose his words carefully, and couldn't have been more calculating in reference to my position at General Atomic [GA]. "But we have a problem," he continued. "If we were to receive DoD [Department of Defense] funding directly to my laboratory, everybody in the world would know what it was for. We need an intermediary. No one would pay attention if GA were to receive another DoD contract." Then he asked me to approach GA management to function in that role.

With surprise and trepidation I agreed to do so, and was further astonished when my boss immediately understood the implications and encouraged me to put an aggressive proposal together. Suddenly I was a program manager! But I had no management experience and had not the slightest idea how to proceed. Nor did I know whom to trust with such a potentially lethal project. My main concern from the beginning was the development of an effective defense against the unorthodox weapon concept I had envisioned. I wanted no part of anything offensive.

In reviewing a mental list of those I could trust, I realized they all were Mormon. So, I made a naive and fatal mistake. Failing to differentiate between professional and ecclesiastical realities, I decided that I needed official Mormon Church blessing as well as professional help and guidance. This was because Mormon professionals had a good reputation as effective public servants and corporate managers. Furthermore, I had decided that if I could not get Church support, I would walk away from the project.

I began by approaching stake president Barry Knudson, the local Church leader in the chain of command, who was a businessman by profession. But he would have none of it! And he treated my idea as that of a child with a wild tale, completely disregarding that I had acquired the enthusiastic endorsement of the foremost world authority and the financial support of a world class research laboratory. I was flummoxed and frustrated.

Realizing this was going nowhere fast, I went over his head directly to Church President David O. McKay, having met him personally years earlier in Laguna Beach. [See blog post "The Call"] But McKay was now old, ill and not strong enough to respond decisively. Instead, he deferred to his counselors.

This is where communication broke down and I lost my trust in the ecclesiastical system.

Ignoring McKay's directive to involve one of his two First Presidency counselors and without accompanying explanation or comment of any kind, his private secretary (Clare Middlemiss) sent my explanatory "Eyes only" background package (containing sensitive material) to the same local leader, whom I had previously approached. I quickly realized this had become a dead end and walked away from the project. That was not yet the hill I was willing to die on. THAT particular hill would manifest itself soon enough during the following summer.