My pilgrimage at last complete.
The mount is climbed.
Dark clouds once far above
Glide silently below.

To my surprise this peak is broad!
A castle’s built upon it,
And “...swords ‘to plowshares”
Near an ancient fortress
Makes me cry.

But so many here before me!
Some with words of virtue,
more with sounds of greed!
Do they dilute my quest?

Or is this not the place I seek?
Where golden tones
Once pierced my sleep?
Has she I met so long ago
Not heard my song
Nor know I’ve come?

Such foolish youthful questions!
I return unto my own
To wait an outer answer,
And if my hope is true,
I’ll come again
Next time to inner chambers.

Posted by Eugene at 09:23 No comments: Links to this post 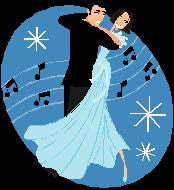 Over 20 years after leaving Vonda in Phoenix to learn Russian in Monterey at the Army Language School, I finally get to Moscow. And I dream of dancing with Vonda. There was a mystery there, as if to celebrate a spiritual achievement. Before leaving the city on that first visit, I composed a poem: Forest Dream Remembered.

In 1987 there will be another dream of Vonda. [See "Vonda's Talent" in 1987]. It allowed me to see relationships in a new way in terms of art.
Posted by Eugene at 09:19 No comments: Links to this post 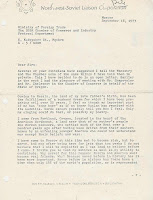 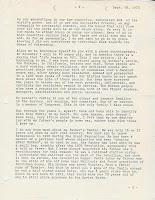 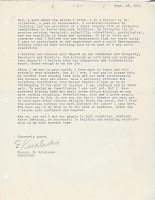 My first trip to Moscow during a window of opportunity called "detente'" was for three weeks in September 1973, during which I represented several clients as president of the Northwest-Soviet Liaison Corporation. My primary objective was to pave the way for a trade mission for the state of Oregon.

I had formed this company with the help of John R. Howard, president of Lewis and Clark College, who introduced me to Oregon Governor Tom McCall and who functioned as board chairman. The impulse to do this came from a visit I made to the Soviet Consulate in San Francisco during which I met with Consul General Alexander Zinchuk and Vice Consul Vladimir Sinitsin and knowing of former newspaperman Governor McCall's public embarrassment at having earlier foreign trade initiatives with the Soviets fail to deliver as publicized.

During my meeting with Zinchuk I sang a Ukrainian folk song and mentioned the disproportionate, but largely unappreciated influence of the Mormon Church on our country in political and social terms. It was not until I mentioned the relationship between former U.S. President Lyndon Johnson and Mormon Church President David O. McKay that his attention became focused. When I told him the story of Johnson's 1965 inauguration, where after the ceremonies, the three American flags that flew over the presidential grandstand were given to three men for their personal memoir's: President Lyndon Johnson, Vice President Hubert Humphrey and Mormon Church President David O. McKay. It was then that he and Sinitsn suggested that I put together a liaison company that they could refer to. It didn't take a genius to realize a business opportunity when I heard one! 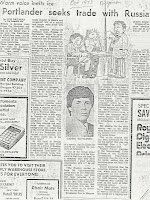 Posted by Eugene at 10:17 No comments: Links to this post